Combine all the ingredients in a big bowl carefully (do not overwork) and let sit for 7-10 minutes. Add your ingredients into a oiled loaf tin (or use baking paper), place in the oven and bake for 40-45 minutes.
Tip! If you want a banana on top (like on the picture) then add it on top of the cake 5-7 minutes before it’s done (if you do it from the start, the banana will be very dark and burned). Add some maple syrup or sugar on the banana to get a caramelized flavor! Use a fork or toothpick to know when your cake is done. Finally cool down before eating.

~ Add melted chocolate on top of the cake (I melted 1 tablespoon almond butter with a very dark vegan chocolate, added on the cake in a pastry bag). Dig in and enjoy! 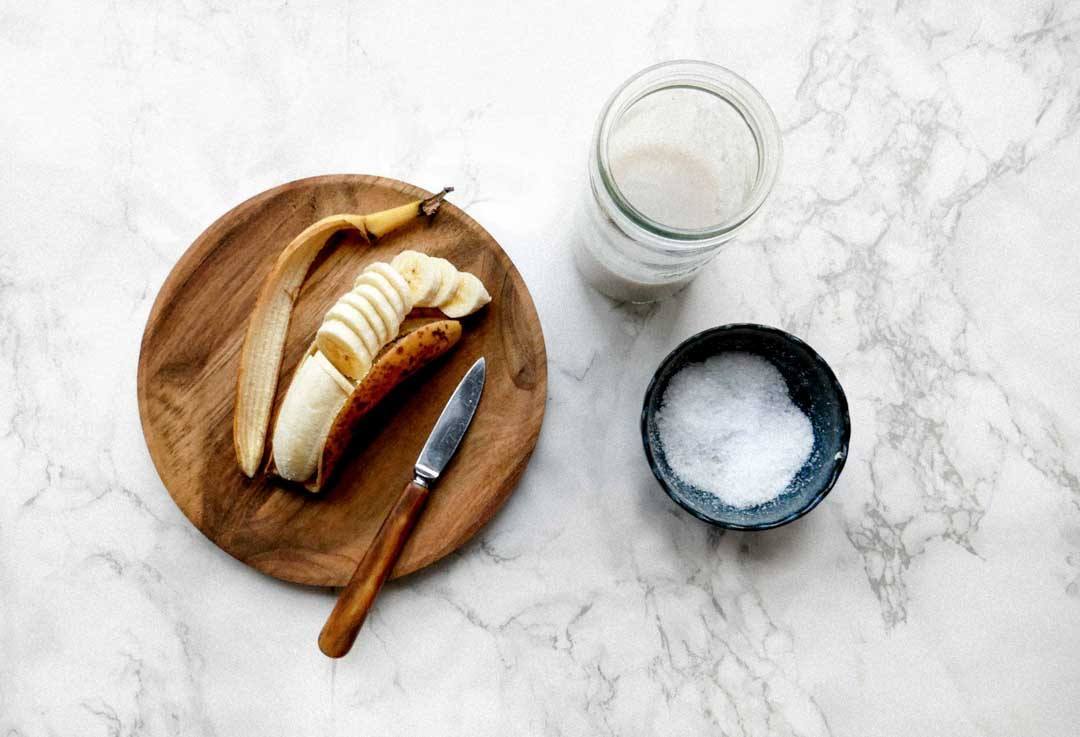 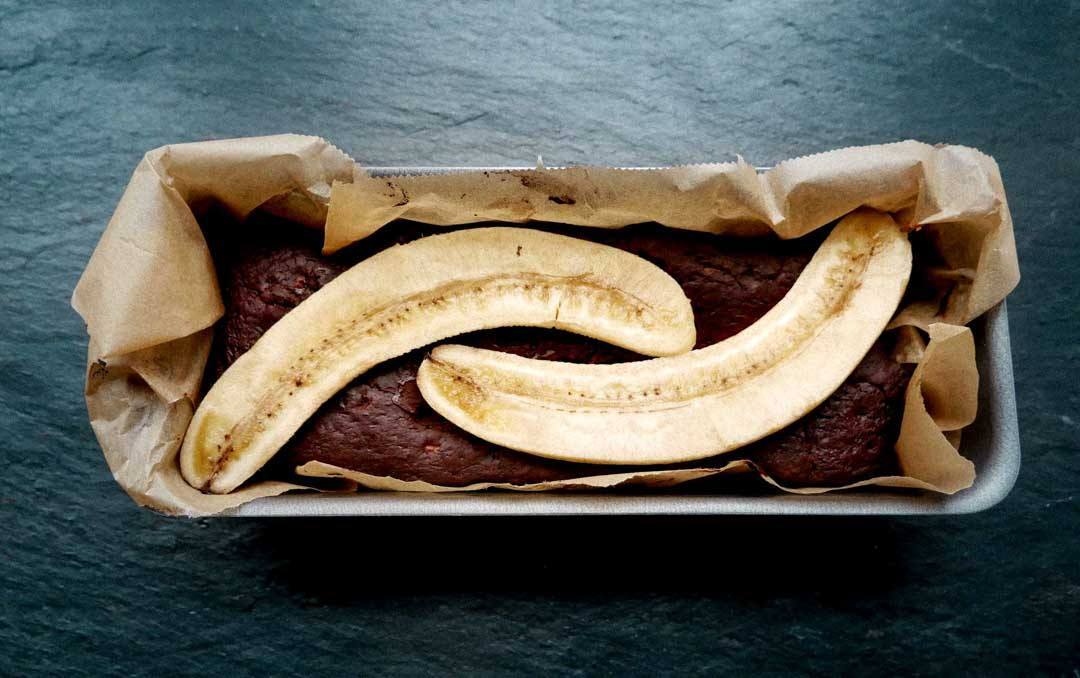 Rate the recipe below ↓