Easy vegan chia egg recipe, you can use as a substitute instead of traditional eggs. Perfect for vegan recipes when you cook vegan food. This recipe is easy to make – ready in 15 min.

→ What is chia eggs?
Chia eggs is a mix for chia seeds + water. An easy substitute instead of traditional eggs. Chia soaks a lot of water which makes them sticky and coherent. Perfect effect just like eggs.

I typically use a chia egg for sweet recipes in bakery, pancakes, waffles or other vegan sweets and desserts. 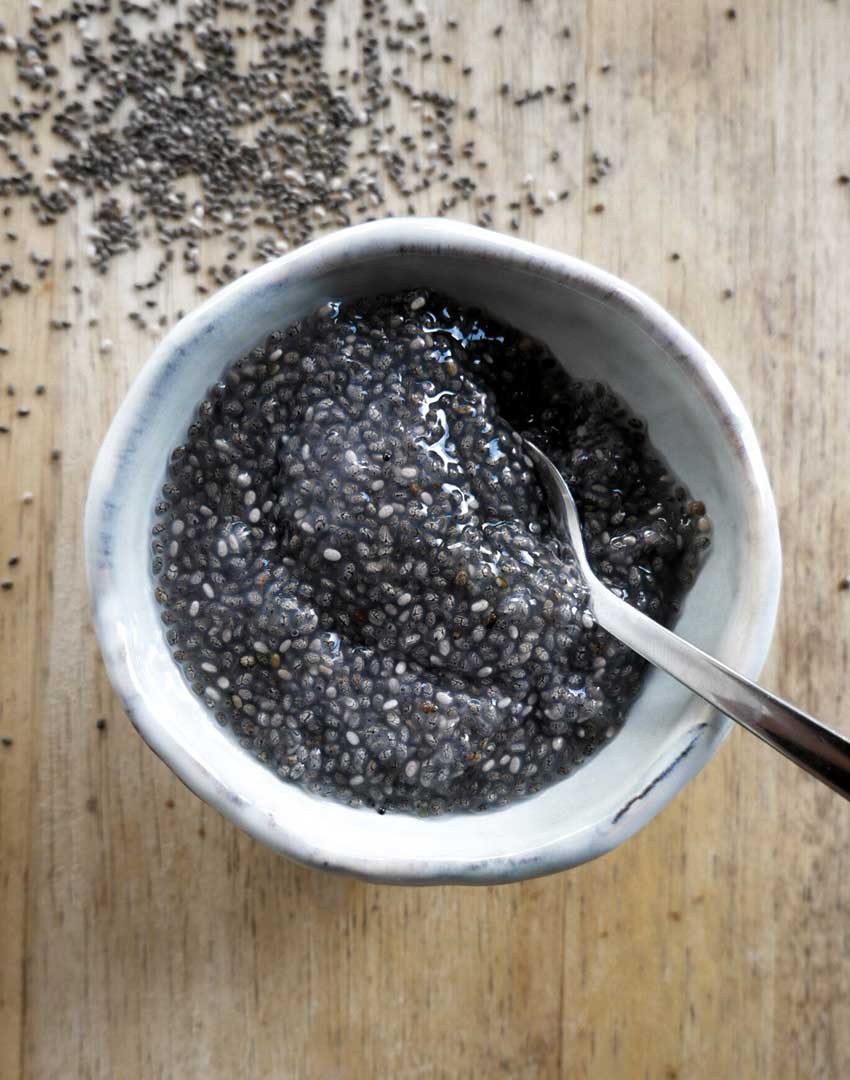 Mix 1 tablespoon of chia seeds with 4 tablespoons water. Set aside and let it rest for 10-15 mins (more if you have the time).

Use the chia egg as a substitute in vegan sweets like cakes, desserts, pancakes etc.

How to make a Chia Egg ↓

Just like chia, you can also use → flax seeds to make vegan eggs. Flax seeds combine like magic. And great for all vegan recipes.

How I use the 2 types of eggs:

There is no rules when you use chia or flax seeds. But normally I will divide them like this. Mostly, because I don not think it’s a good idea for any recipes to add chia seeds in my danish ‘frikadeller’ or patties. Or to add flax seeds in sweets.

» Read more: How to make Vegan Eggs – with Flax Seeds